Over half of the unexplained deaths in Nigeria’s Kano state due to coronavirus, health minister says

Bertrand Kima Jun 9, 2020 4
Ehanire said a government team sent to investigate a spike in deaths in the state during April showed that 979 people died in eight municipalities at the rate of 43 deaths per day. 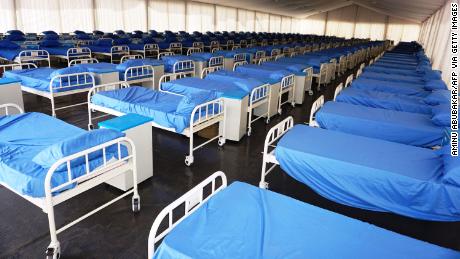 The deaths peaked in the second week of April and mortality figures later fell to 11 per day in early May — the state’s typical daily death rate — according to the minister.
Most of the deaths happened at home and in patients older than 65 and with pre-existing illnesses, he said.
“With circumstantial evidence as all to go by, investigation suggests that between 50-60% of the deaths may have been triggered by or due to Covid-19, in the face of pre-existing ailments,” Ehanire told a Monday briefing.

President Muhammadu Buhari locked down Kano state for two weeks in April following reports of “mysterious deaths,” and panic spread that the virus may have circulated undetected in the area.
While gravediggers told CNN they were burying more bodies, state authorities said preliminary investigations showed the deaths were unconnected to coronavirus, initially blaming them on meningitis, diabetes, hypertension and other ailments.
The state governor said a team of health officials from the World Health Organization had been sent to affected communities to probe the deaths.
During a daily presidential briefing on the country’s response to Covid-19, Ehanire said the team had been able to provide support and strengthen the state’s response to the pandemic.
Nigeria has record 12,801 coronavirus cases, with more than 1,000 cases in Kano state, according to the latest figures from the country’s Center for Disease Control.

Legal analyst on Roger Stone’s commuted sentence: Our standards have sunk so…

Georgia governor and Atlanta mayor at odds over coronavirus guidelines